Many of you will remember the opening phrase of each episode of the original Star Trek series: Space – the final frontier…

It’s an attractive idea – it plays to our sense that the human race will continue to blaze a trail somewhere in the Universe; that, should the earth give way, humanity can always find some sort of hope for itself by colonising space – an idea that Stephen Hawking also promoted. Space is almost infinite, so as long as there is some of it left, humanity will just have to keep on plugging away until it has the mastery of it!

Over the last century or more, we have preferred to think more about this sort of science-fiction than about death. But, as the Coronavirus pandemic has reminded us, we have been burying our heads in the sand; we have been looking the wrong way; space is not the final frontier – death is; and while space holds out for some the possibility of discovering new worlds and new civilisations, there is no such hope in the face of death. Coronavirus has brought the reality of death back into focus: suddenly many of us have been faced with the possibility that we could contract this virus and die in a very short period of time; perhaps we have known some who have passed this way over the last few months – and space exploration doesn’t give a great deal of comfort!

The Book of Ecclesiastes in the Old Testament tells us that death is the destiny of everyone; the living should take this to heart. (Eccl. 7: 2)

In fact, the whole Book of Ecclesiastes is remorseless in confronting the reader with the reality of death and the shadow it casts over our daily lives. However, it doesn’t have a satisfactory answer – it just concludes:

Now all has been heard; here is the conclusion of the matter:
Fear God and keep his commandments, for this is the duty of all mankind.
For God will bring every deed into judgment, including every hidden thing, whether it is good or evil. (Eccl. 12: 13-14)

If God is going to bring every deed of ours into judgment (including the hidden things – that is, our thoughts!), then each of us should go to the grave with a deep apprehension of what might follow. But the New Testament tell us that God has sent Jesus to take the judgment due to us on himself; his death as our substitute has opened the way to eternal life. The writer to the Hebrews expresses it this way:

Since the children have flesh and blood, he too shared in their humanity so that by his death he might break the power of him who holds the power of death—that is, the devil— and free those who all their lives were held in slavery by their fear of death. (Heb. 2: 14-15)

This is the best news ever! We would like to commend to you some recent testimonies of people who have been able to face death with an absolute assurance that, because Jesus has breached that final frontier on their behalf, they too will be with him there, on that far side; able to enjoy life with God in a new dimension, both more infinite than space itself and genuinely brimming with life in abundance!

1.      Mark Ashton was a vicar in the City of Cambridge and died at the age of 62 in 2010 from cancer. Knowing the prognosis, he wrote a short booklet in the months before he died entitled, On my way to heaven (available from the Good Book Company).

2.      Recently, Jeremy Marshall has written a short book on his own experience of living with a diagnosis of terminal cancer: Beyond the Big C (Hope in the face of death); available from 10 Publishing.

3.      Jeremy Marshall has also published an article on the Banner of Truth website about the death of Martin Lloyd-Jones, telling how the preacher faced his own coming death, as seen through the eyes of his biographer, Iain Murray: https://banneroftruth.org/uk/resources/articles/2020/dr-martyn-lloyd-jones-on-preparing-for-death-by-rev-iain-murray/

The first two of these resources are also available in the library at Scott Drive Church.

Are we being deceived part 2

Are we being deceived part 1

Are we being deceived? Is Deception the hallmark of our times? A couple of months ago, the Dyson Report laid bare the deception used by Martin Bashir to obtain the interview with Diana – but actually this is symptomatic of the whole realm of public and political life, where lies and deceit are commonplace. 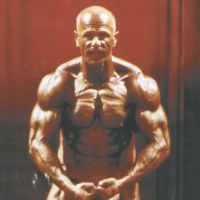 God and the plague

God and the plague If you are not a Christian, but would like to know what sense Christianity makes of the Coronavirus pandemic; or if you are a Christian, but are a little unsure of how to understand it from a faith perspective, do please read the following article.

The Gospel and 'normality' .